← Will Nubian children have to go to the African Court?
30 years of the African Charter on Human and Peoples’ Rights: Challenges, progress and prospects for Portuguese speaking African countries →

An intra-african dialogue in the new era of constitutionalism

For perhaps too long, the conventional wisdom has been that the best can come only from abroad; meaning Europe and America. From the perspective of constitutional law, the South African Constitution did more than just provide a clean break with the past. It provided a modern constitution which successfully borrowed and adapted many of the best principles from some of the major modern European constitutional models to fit with the realities of the country. Whilst not perfect, and there shall never be a perfect constitution, it shows how Africans can creatively find solutions to their problems.But it is perhaps the South African Constitutional Court, through the voluminous amount of jurisprudence that it has produced since 1995,that has attracted the most attention from constitutional experts all over the world and given rise to the feeling that the centre of modern constitutionalism might well be moving to Africa. For a continent that has been obsessed with blindly copying from the former colonial powers, there are many reasons to start looking at itself.Even the 1990s constitutional reforms in other African countries were still influenced by the inherited colonial constitutional models.

Because of our common history, the similarity in the social, economic and political problems that afflict us and the strong possibilities that we can find common solutions to these problems, there is now an urgent need for us to start trying to learn from each other’s experiences. It is an irony that our scholars, judges, and legal practitioners know more about European law than about the law of neighbouring countries. For example, the South African Constitutional Court during its first ten years relied extensively on the jurisprudence of foreign courts. Hardly any of this jurisprudence was from an African court. Nevertheless, the quality of the South African Constitution, enhanced by the jurisprudence from its Constitutional Court provides better material adapted to the African condition for African constitutionalists to learn from and borrow than the continuous reliance on inherited colonial laws. 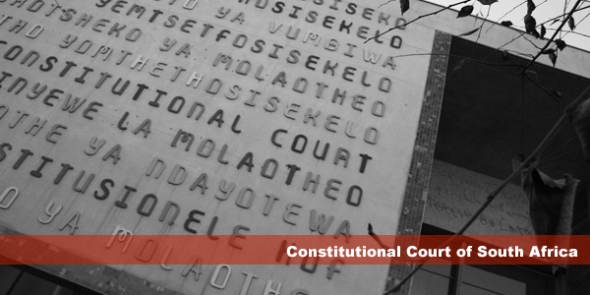 There are now more opportunities for an intra-African judicial dialogue which should hopefully lead to cross-systemic fertilisation of ideas and better laws adapted to our present realities, especially in the area of constitutional law. The rapid advances in information and communication technology in the last two decades have resultednot only in judgments, but also an extraordinary amount of constitutional material from different jurisdictions being available at the click of a mouse. The benefits of this will be completely lost if national legal experts and judges are too unbending and  stuck with the past to see the benefits of  learning from what is happening elsewhere on the continent. But an important way of overcoming this artificial mental barrier could be through cross-national networking of judges from different legal jurisdictions. Such personal contacts between judges will enable them to share their experiences and see how judges occupying similar positions elsewhere often confront the same kinds of problems. Although there are in existence many fora where judges from different countries meet, with the exception of the recently established Judges’ Working Group in the African Network of Constitutional Lawyers (ANCL), these have often been along regional lines and provided little opportunity for judges from the different legal African legal systems actually mixing. One will also expect that as the numerous regional and continental tribunals in Africa become more active,the process of cross-jurisprudential fertilisation will be intensified.

The global influences that can certainly enrich and enhance the effectiveness of national constitutional laws may be lost not only due to blind attachment to inherited colonial stereotypes but also the inability to understand foreign and international constitutional law material. There is now a need for a new era in constitutional law scholarship that must be informed and guided by knowledge in the techniques and methodological insights of comparative constitutional law with an African focus. It is only when there is some familiarity or understanding by African constitutionalists and judges of the legal systems that operate in the other African countries that there can be serious intra-African legal dialogue. The common colonial experiences and similarities in economic, social and cultural conditions suggest that solutions adopted in one African country, could more easily be adapted in other countries on the continent than those produced by the continuous reliance on imported Western models for no better reasons than sentimental attachment based on previous colonial ties. The Institute for International and Comparative Law in Africa has now taken a lead in promoting this judicial dialogue with an African comparative law focus.

About the Author:
Charles Fombad is a Professor at the Centre for Human Rights. He also heads the Unit on Comparative African Constitutional Law at the Institute for International and Comparative Law in Africa based at the Faculty of Law at the University of Pretoria in South Africa. He holds the degrees LL.B (Yaoundé), LL.M and Ph.D. (London) as well as a diploma in Conflict Resolution (Uppsala).