30 years of the African Charter on Human and Peoples’ Rights: Challenges, progress and prospects for Portuguese speaking African countries

What is the reason behind the lack of participation by PALOP citizens in the African human rights system? Could this mean that PALOP States have a better human rights record than other State Parties?

To answer these questions a number of factors must be taken into consideration.

The first and perhaps, most important factor impairing the use of, or recourse to, the African human rights system by PALOP citizens, is a lack of knowledge and awareness of procedures for accessing the system.

This is aggravated by a lack of civic training concerning human rights within PALOP states, and also by language barriers. Despite the fact that Portuguese is one of the African Union´s (AU) working languages, AU bodies do not consistently make their working documents available in languages other than English and French. This fact makes it particularly difficult to disseminate AU documents among PALOP players. It is not easy to find a Portuguese version of the African Charter, and it is even harder to find Portuguese versions of the text of the African Commission’s decisions on human rights violations on the Continent.

Another factor to consider relates to the fact that there is no firmly rooted culture of human rights litigation in PALOP societies. The practice of accessing the courts and filing cases concerning human rights violations is yet to be entrenched in these societies. There is widespread misperception and fear, as regards the filing of complaints against PALOP states: misperception,  because there is a generally held view that filing a complaint relating to human rights abuses is the equivalent of targeting certain individuals within the state (in particular, those individuals occupying political positions or those connected to the political parties in power); and fear, because, by filing such complaints, individuals may be subjected to revenge, reprisal and persecution.

It is also important to take into consideration the lack of awareness by legal professionals themselves of procedures for accessing international human rights adjudicatory bodies. It is only in recent times that PALOP lawyers began to receive human rights training at universities. Outside of the university environment, human rights training and courses for lawyers or judges remain very scarce. 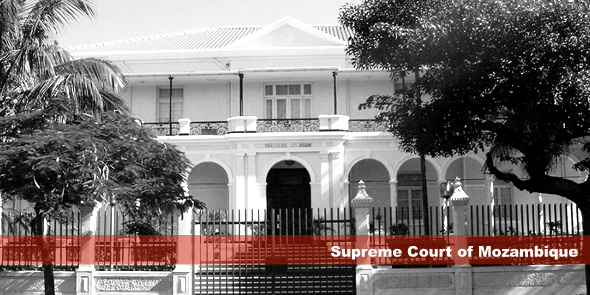 The last, but not least important, factor contributing to the poor use by PALOP citizens of the African human rights system is the difference in the legal formalities used by African human rights adjudicatory bodies and those used in PALOP domestic courts. This is, however, a situation that could easily be corrected with proper training.

Some progress has been made during the past 30 years – for instance, some PALOP states, including Angola and Mozambique, have expressly included human rights provisions, based on provisions in the African Charter, in their Constitutions and prescribed that constitutional human rights provisions must be interpreted and applied in a manner which is harmonious with the African Charter of Human and Peoples Rights.

In addition, NGOs from PALOP states have applied for and obtained Observer Status at the African Commission, which confers on them the authority to refer cases of human rights violations to the Commission whenever they find that local courts have not taken a decision within a reasonable time, or whenever, all domestic remedies having been exhausted, the decision taken does not seems to redress the rights of the victims of human rights violations. Observer Status also grants NGOs the right to attend the Ordinary Sessions of the African Commission, and submit reports concerning the human rights situation in their countries.

Most PALOP states are long overdue with the submission of periodical reports on the measures adopted to implement the provisions of the African Charter on a regular basis.

In conclusion, 30 years since its adoption, the African Charter still remains unknown within the PALOP sphere. The way forward requires significant effort, so as to ensure that Africans take hold and make use of this important African tool, for Africans.

About the Author:
Emerson Lopes was born in Quelimane, Mozambique, in 1987. He obtained his LLB degree from the Eduardo Mondlane University in 2008; and his LLM degree from the University of Pretoria in 2010. He served as a Portuguese Speaking Legal Assistant at the African Commission on Human and Peoples’ Rights. His area of interest is corporate human rights obligations.

7 Comments on “30 years of the African Charter on Human and Peoples’ Rights: Challenges, progress and prospects for Portuguese speaking African countries”